Menu
Be Ready, Be Respectful, Be Safe

This week is National Empathy Week and to recognize it we have shared the story Barbara Throws a Wobbler by  Nadia Shireen. This is the fantastic story of Barbara who is in a very bad mood. She won't admit it, but she is.
She has a problem with a sock, and at lunchtime there's a strange pea... And even though she's at the park with her friends, it all just gets a bit much. Suddenly Barbara's WOBBLER is out of control!
Happily Barbara and her Wobbler work together and she finds a way to be cheerful again.
The children loved discussing this story and were brilliant at recognising bad moods and ways to deal with them.

In the Lost Homework, Sonny devotes his weekend to helping his neighbours and fellow Travellers with a variety of tasks. He uses many skills, from calculating the amount of fuel needed for a journey, to restoring a caravan. In fact, the only thing he doesn’t do over the weekend is his homework – his workbook is missing! What will his teacher say? This picture book champions the idea that many skills learned at home are as important as those learned at school

In this book a Traveller girl creates her own musical instrument from a willow branch and lots of recycled objects. She plays it enthusiastically, but it sounds terrible! Ignoring warnings not to awaken the ogre in the hills, Ossiri goes there to practise playing her instrument. Will she wake the ogre, and will it appreciate her playing? Told by a Romani storyteller and a picture book author, this original tale offers a fascinating insight into Travelling lifestyles and cultures 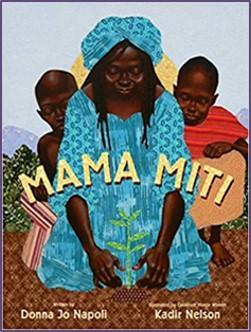 This week in assembly we have been reading Mama Miti by Donna Jo Napoli. This beautiful book tells the true story of Wangari Muta Maathai, known as “Mama Miti,” who in 1977 founded the Green Belt Movement, an African grassroots organization that has empowered many people to combat deforestation, soil erosion, and environmental damage.

Today, more than 30 million trees have been planted throughout Mama Miti’s native Kenya, and in 2004 she became the first African woman to win the Nobel Peace Prize. Wangari Muta Maathai has changed Kenya tree by tree. 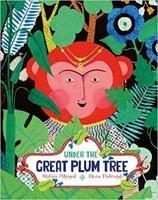 This week our assembly book has been Under the Great Plum Tree by Sufiya Ahmed and Reza Dalvand.

The story of the monkey and the crocodile is a fable from the Panchatantra, an ancient Indian collection of animal fables dated to 300 BCE.  In this retelling an unlikely friendship between Miss Bandari and Mr Magarmach forms when the pair meet under the great plum tree, deep in the heart of India. One day their friendship is tested but with courage, trust and forgiveness they discover that living happily together tastes just as sweet as Miss Bandari’s golden plums. 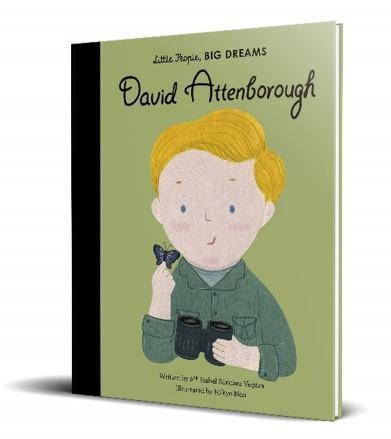 This week in our year group assemblies we have been reading “David Attenborough” from the wonderful and inspiring Little People, Big Dreams series. Little David grew up in Leicester on the campus of a university, where his father was a professor. As a child, he spent hours in the science library, collating his own specimens and creating a mini animal museum. When he was old enough to go to university, he studied science and zoology – but what he wanted most of all was to be close to the animals he was studying.
So, he started working in television, visiting animals in their natural habitats and telling the world the untold stories of these animals. Little David went on to become one of the most celebrated environmentalists on the planet, teaching generation after generation about the importance of the natural world.

We thoroughly enjoyed learning about Sir David Attenborough who will be 96 years old on the 8th May 2022. See if your children can remember any interesting facts about him! 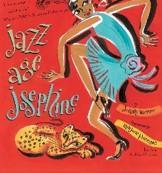 This week our assembly book has recognized International Dance Day which falls on 29th April.  To mark this day we have shared Jazz Age Josephine by Jonah Winter. The story tells how Josephine Baker rose from a poor, segregated upbringing but was able to break through racial barriers with her own sense of flair and astonishing dance abilities. She was an amazing lady with a heart of gold--all wrapped up in feathers, sequins, and an infectious rhythm. 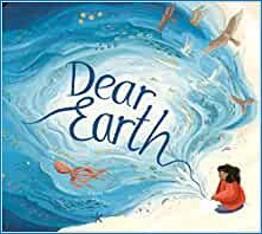 This week in year group assemblies we have been thinking about “Earth Day- Friday 22nd April”. We shared a book called Dear Earth written by Isabel Otter and illustrated by Clara Anganuzzi.

When Tessa writes a love letter to the Earth, it's the beginning of a glorious adventure. She blows bubbles with whales, soars with birds and joins in with the noisy rainforest hullabaloo!
Tessa wants everyone to know how special our planet is. She believes that there is a chance to save the Earth if enough of us share the message... 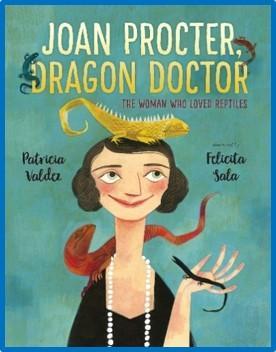 Back in the days of long skirts and afternoon teas, young Joan Procter entertained the most unusual party guests: slithery and scaly ones, who turned over teacups and crawled past the crumpets.... While other girls played with dolls, Joan preferred the company of reptiles. She carried her favourite lizard with her everywhere--she even brought a crocodile to school!

When Joan grew older, she became the Curator of Reptiles at the British Museum. She went on to design the Reptile House at the London Zoo, including a home for the rumoured-to-be-vicious Komodo dragons. There, just like when she was a little girl, Joan hosted children's tea parties--with her Komodo dragon as the guest of honour. 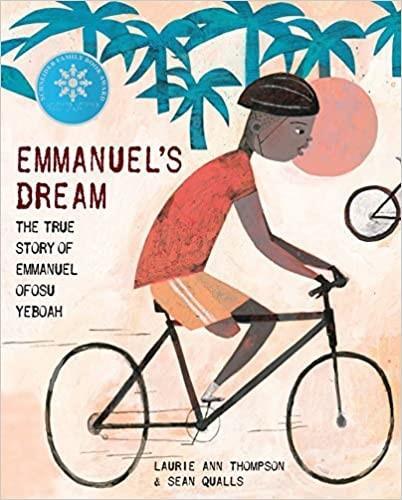 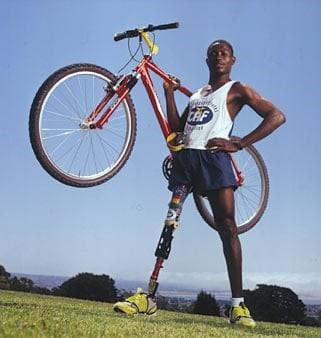 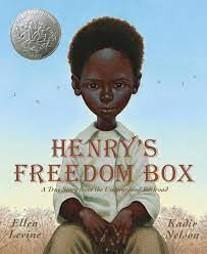 This week in assemblies we read a true story about a slave who mailed himself to freedom on the Underground Railroad in the United States in 1849. The book is written by Ellen Levine and illustrated by Kadir Nelson. Henry Brown doesn't know how old he is. Nobody keeps records of slaves' birthdays. He dreams about freedom, but that dream seems farther away than ever when he is torn from his family and put to work in a warehouse. Henry grows up and marries, but he is again devastated when his family is sold at the slave market. Then one day, as he lifts a crate at the warehouse, he knows exactly what he must do: he will mail himself to the North. After an arduous journey in the crate, Henry finally has a birthday -- his first day of freedom. 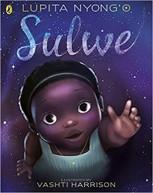 This week in assembly our story has been Sulwie by Lupita Nyong.  This is the story of a young girl who goes on a magical journey, grows in self-esteem and learns that true beauty comes from within.

In our assemblies this week we have been following the theme of Anti  Bullying Week. We have shared the story Troll Stinks by Jeanne Willis and  Tony Ross. The story explores the theme of online bullying ‘trolling’, being responsible for  your actions and the impact they can have on others.

Year 5 and 6 read Walter Tull’s Scrapbook by Michaela Morgan- an amazing and informative book about a star footballer who they say was the first black British professional outfield player for Tottenham Hotspurs and in 1916 became the first black officer in the British Army. Sadly, he died during battle in 1918.

Year 2 and 4 read One Boy’s War, by Lynn Huggins- Cooper and Ian Benfold Haywood, which portrayed a fascinating insight into life at war.

Year 3 read Where the Poppies Now Grow by Hilary Robinson and Martin Impey all about two friends who survived the war together.

In assembly for Years 2 to 6 we have found out about Dr Patricia Bath. Against the obstacles of racism, sexism and poverty she succeeded in becoming an inspirational eye doctor who went on to find a way to use lasers to cure cataracts.

In Year 1 assembly we shared the story That rabbit belongs to Emily Brown by Cressida Cowell.  The children enjoyed imagining what they would do in Emily’s shoes – what would you do if the Queen demands your precious toy rabbit?  It made for some lively and imaginative debate!

Thursday 14th October - International Day for the Eradication of Poverty 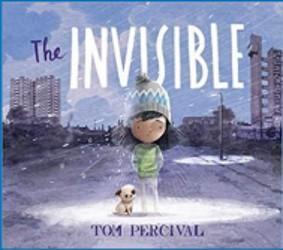 This week our year group assemblies have recognized the International Day for the Eradication of Poverty. We have shared the story The Invisible by Tom Percival. The story is about a young girl called Isabelle who, when her family fall on hard times, decides that she will make a difference. It is the story of those who are overlooked in our society - who are made to feel invisible - and why everyone has a place here. We all belong. 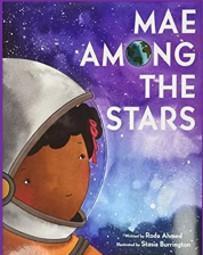 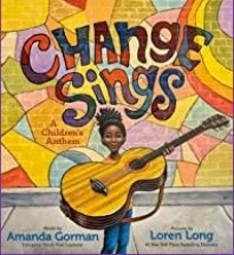 This week we have explored two events in assembly. The first was National Space week whose theme this year is Women In Space. To reflect this we shared the story Mae Among the Stars by Roda Ahmed. The book explores the incredible story of real life astronaut Mae Jemison who was the first African American woman in space. Judging by the children's reaction she has inspired a future generation of budding astronauts! Our second event was marking National Poetry Day which fell on Thursday this week. We shared the book by presidential inaugural poet and activist Amanda Gorman: Change Sings, a child's anthem. This is a beautiful and moving poem reflecting how we have the power to make changes - big or small - in the world, in our communities and, most importantly, in ourselves. I also shared with Year 6 a poem by Karl Nova from his book Rhythm and Poetry. The poem Poetry?​ demonstrates how rap can be one of the highest forms of poetry and is the voice of a generation. 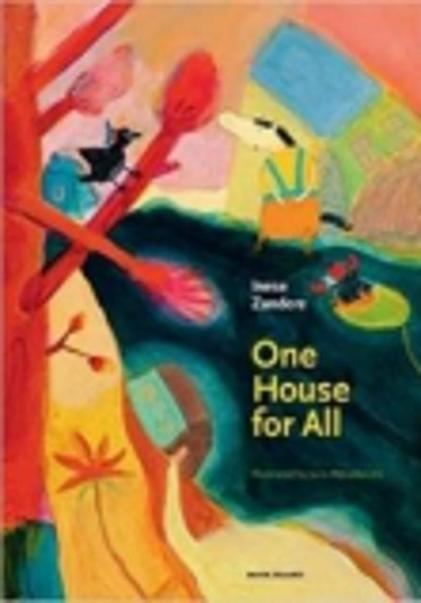 Our assembly book this week has been the Latvian story: One House for All by Inese Zandere. We talked about how the book had been translated and this led us into a discussion about languages. The children were amazed to discover that there are over 200 European languages and that at Lionel our families speak 57 different languages!