Menu
Be Ready, Be Respectful, Be Safe 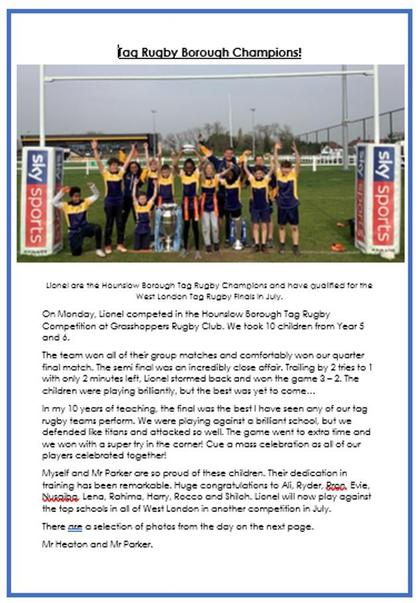 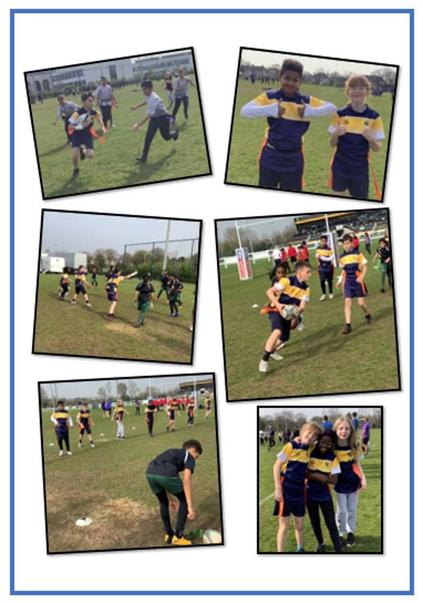 Last Thursday we took 7 children to compete in the year 3/4 borough football tournament which was held at the Brentford Sports Hub. 29 teams took part in the competition and it was a great experience for our team. 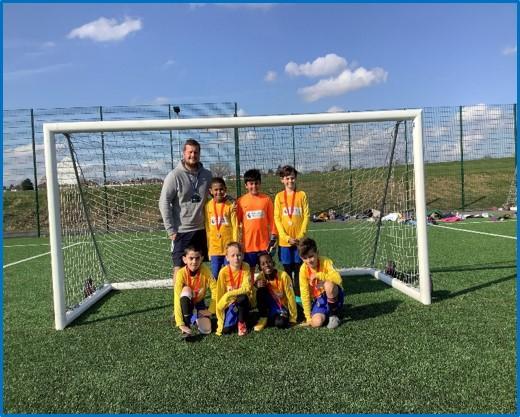 The top 2 qualified from each group in to the knock out stages, we played superbly winning every group match without conceding a goal. The children were buzzing to be in the final 8. We won both the quarter and semi-final. In the final it was a very tight match, the skill and perseverance from our boys was amazing. We were incredibly unfortunate to lose the final 1-0. It was a great day for all involved and we are all very proud of the teams efforts.

This week our junior football team have been in action competing with 20 teams in the Hounslow Borough Football Tournament held at Gunnersbury Sports Hub.  The team were amazing getting through each stage to reach the final.  The final was a tight match against St Michael and St Martin. The game ended 0-0 and went to penalties where we were sadly beaten.

Achieving a final place means the team will now represent Hounslow in the West London Finals later on this year.  Thank you to Mr Parker and congratulations to the whole team. 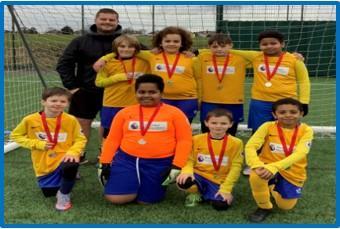 On Monday, 20 pupils from Year 5 and 6 represented the school at the Hounslow Borough Sportshall Athletics Competition. There were 12 events for pupils to compete in giving them the opportunity to show off their jumping, throwing and running skills.

Our pupils performed to a very high standard and finished the competition in 3rd place out of 12 of the best schools in the Borough.

We were delighted with the children: they worked so hard during the event and cheered each other on like no other team there. They also showed tremendous dedication before the competition in turning up to school at 8am to train. Their hard work paid off!

Well done to all of the pupils. It was a brilliant day and has set us up nicely for a term jam-packed with sporting action for Lionel pupils! 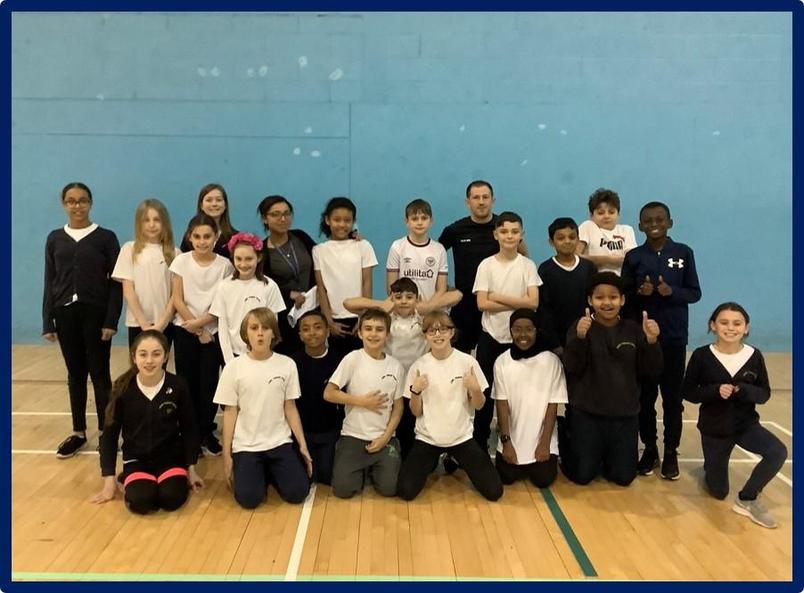 It was a great event and the children performed to a very high level. Ava (willow) won her race in an unbelievable time, Harry (willow) came third and Evie (maple) who will now represent Hounslow in the London Youth Games finished 3rd as well, we also had numerous other high finishes. It was a great start to the competitive school year and we now look forward to the Sports Hall Athletics competition next month.

On Wednesday 20th March 2019 we took 4 children to participate in the Hounslow Borough Key Steps Gymnastics Competition at Rivers Academy in Feltham. Each child was required to complete 2 routines and the vault.

The team had practised hard during P.E and in other sessions. The children behaved incredibly well and performed to a high level. I was very proud of them all and we were awarded with 1st place. We will now represent Hounslow in the London Youth Games!